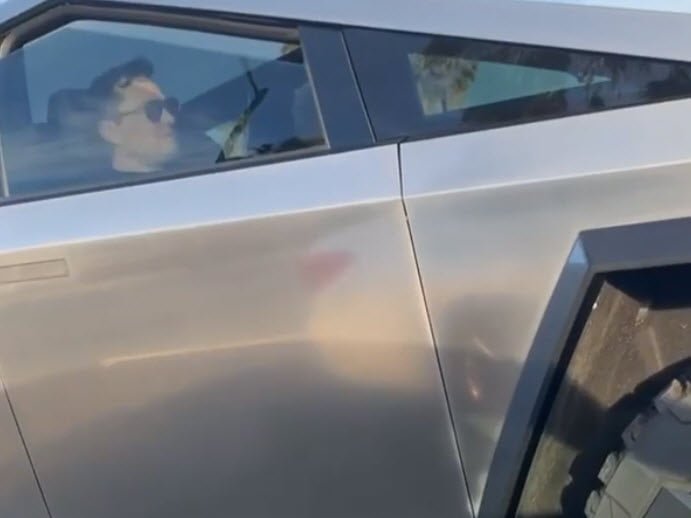 It’s no secret that Jay Leno is a huge fan of electric vehicles. He has been an avid supporter of Tesla on numerous interviews, an owner of the Tesla Model S for over three years, and has driven Tesla’s entire lineup including Tesla’s highly anticipated Roadster which will do 0-60 in just 1.9 seconds and have a top speed of over 250 miles per hour.

In a recent Instagram post by Instagram user gorgeouserika, Elon Musk was spotted riding with Jay Leno in the Tesla Cybertruck in Hawthorne, California, suggesting it may soon be featured on Jay Leno’s Garage, a show Jay Leno hosts about cars.