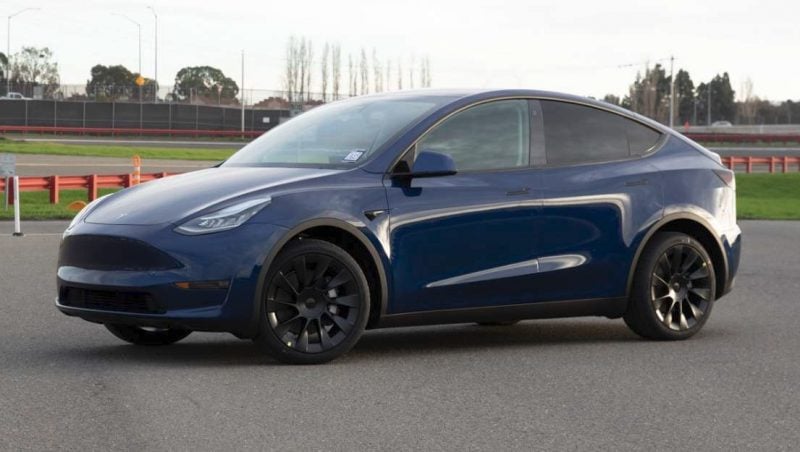 When Tesla originally announced the Model Y in March 2019, they had originally projected the Model Y to be delivered in Fall 2020 however, according to their latest announcement, Tesla has accelerated development of the Model Y and has already begun ramping production in January 2020. As a result, Tesla expects to begin deliveries of the vehicle in March 2020, which is a surprising two quarters earlier than originally planned. This is in stark contrast to Tesla’s past vehicle delivery timelines which has typically been delayed.

Tesla was also incredibly excited to announce that the Model Y all-wheel drive (AWD) will be getting a range increase from the originally anticipated 280 miles per charge to an astounding 315 miles. This is ~13% increase in range, which puts it far ahead of the competition such as the Jaguar I-Pace, the Mercedes-Benz EQC, and others, none of which even break 250 miles on a single charge.

Tesla also showed off the final production version of the Tesla Model Y (shown above), which has several minor changes to the front fascia compared to the version showed off during the Model Y reveal event last year.

Both trim levels of the Model Y will also have the option of FSD (Full Self Driving) for a $7,000 upgrade. The Tesla Model Y is currently available for pre-order for a refundable $100 deposit.