Analysts Are Wrong: Tesla is a Tech Company 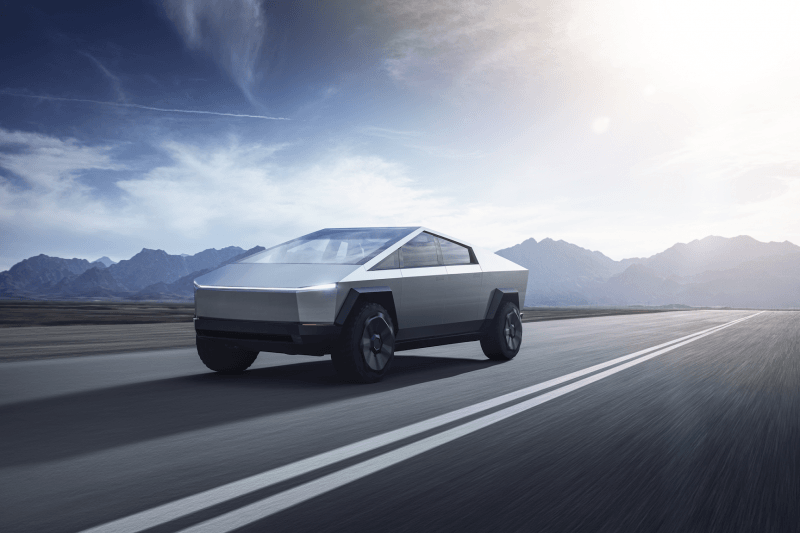 Every time I watch an automotive analyst on TV or read an article by a automotive analyst, I can’t help but think they can’t seem to figure out how to value Tesla (TSLA) or they all seem to think Tesla is massively overvalued and we should all go out and buy GM instead.

Looking at Tesla from the angle of an analyst who has traditionally covered Ford, GM, Volkswagen or Toyota, I can definitely see how Tesla can be seen as a bit overvalued. Delivering just 368,000 vehicles last year, Tesla’s financial and delivery numbers doesn’t really warrant its -85x price to earnings (P/E) ratio considering GM had 7.7 million vehicle deliveries last year and trades at a 7x P/E ratio.

However, what many analysts are missing is that Tesla is a technology company that happens to sell cars and energy products. Rather than only making money on volume of cars sold, analysts need to realize that each Tesla sold is not only additional profit, but it’s also another piece of hardware that joins the Tesla platform with network effects that come along with it. Let me explain.

Why Tesla is a Technology Company

Whereas most traditional automakers piece together a bunch of different components and receive software with it, Tesla takes a significantly different approach.

Tesla builds their own software with a massive team of software engineers. Their MCU (Media Control Unit) software for example is built in-house. Don’t believe me? Take a look at Tesla’s GitHub repository. They literally share code they developed for their Linux based Operating System on the internet.

Similarly, Tesla’s Android and iPhone apps are built in house and don’t forget autopilot and full self driving. Tesla has a massive team of the smartest AI engineers in the world and is not only acquiring (DeepScale), but also hiring AI engineers at a rapid pace.

Tesla also is the only automaker currently doing Over-the-Air (OTA) updates, which allows them to update not only the onboard MCU software, but also critical vehicle control software, which can change vehicle performance characteristics. Using this system, Tesla was able to fix a braking issue discovered by Consumer Reports within a week. The same issue would’ve taken a nationwide recall in a legacy automaker, which would’ve cost millions of dollars in labor costs.

So you might say why does this matter if it doesn’t generate revenue? Well, it’s simply a matter of how Tesla chooses to monetize their platform. Remember Tesla recently deciding to generate some income by finally charging for premium connectivity and selling performance upgrades? Yup. That’s what tech companies do!

Here are some other ways Tesla can potentiallly monetize their platform.

The above are just some of the ways Tesla can monetize their fleet of vehicles with not much more than a software update. Notice that most if not all of these are very high margin methods for Tesla to generate profits with little capital expenditure. This is why it’s fundamentally a tech company. Tesla is a platform. Ford, GM, BMW, Mercedes-Benz, etc. simply sells cars. Tesla does something much different.

If you’ve heard the saying data is more valuable than oil, then Tesla is definitely leading the pack by billions of miles, no pun intended. 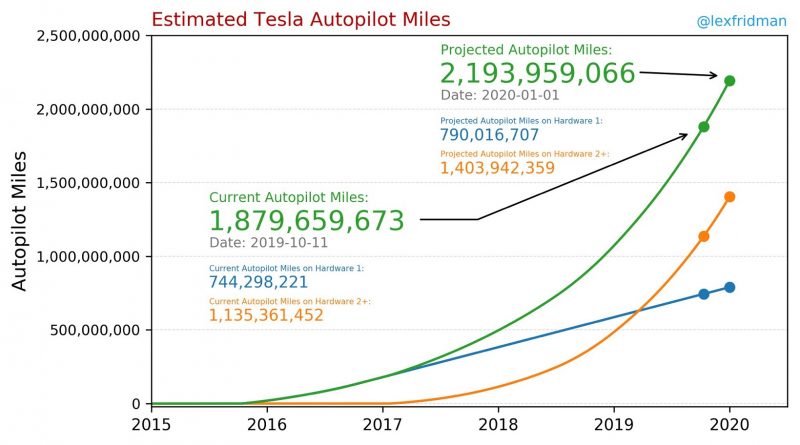 According to MIT researcher Lex Fridman, Tesla reached 2 billion real world miles driven on Autopilot last year, which is data that Tesla can use to train their deep learning models. This is more data than any other automaker or technology company has access to and the lead is widening at an exponential pace. The second closest to Tesla in terms of real world miles driven is Google, which has done only a paltry 20 million miles.

For Tesla, this brings its technology closest to full self driving despite what the auto analysts have been saying. The “supposed” top companies in the self driving space are simply programming their cars to do extremely well in certain areas, but unlike Tesla, haven’t demonstrated their capability when outside their geofenced areas.

At Tesla’s Autonomy Day last year, Tesla revealed they had developed a proprietary piece of new hardware, which they call Hardware 3.0, FSD Chip, or simply HW3.0. HW3.0 is a dedicated neural networking processor System on a Chip (SoC) designed specifically for Tesla’s full self driving program. 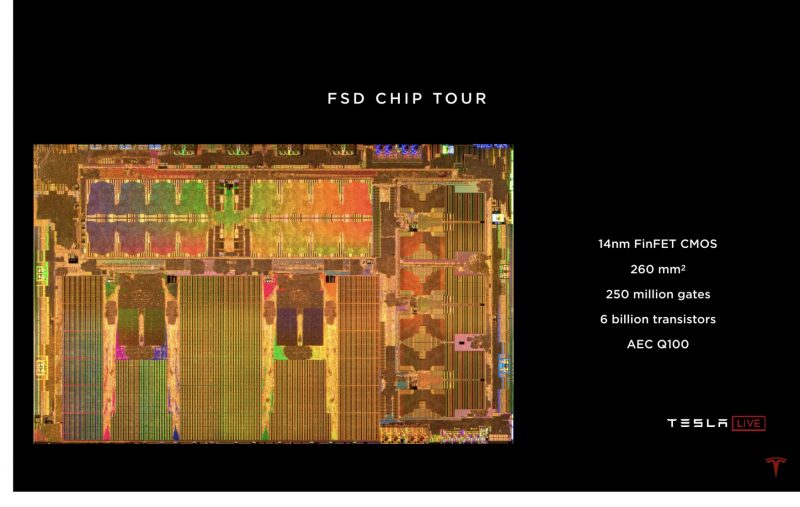 According to Tesla, the Hardware 3.0 has 2.5x improved performance over HW 2.5 at just 1.25x higher power, but 0.8x lower cost. This chip was designed by legendary chip designer Jim Keller who famously designed the AMD K7, AMD K8, AMD K12, AMD Zen, Apple A4, and Apple A5 chips. The Apple A4 was the first chip Apple designed in house which went into the iPhone 4 and the AMD Zen is AMD’s first iteration of the new architecture that propelled their share price from $3 per share to the $50 per share it is today.

As it stands, no other automaker or even technology company has access to a chip of this caliber which puts Tesla well ahead of not only automakers, but even other technology companies working on self driving capability who are forced to use generally available chips from companies like Intel and Nvidia.

So What Does This Mean?

Ultimately, I believe auto analysts are doing their best to make sense of the financial data they have however, if they really want to truly understand Tesla, they will need to work with technology analysts as well to really understand the point of view from the technology side. Until then, the vast majority of them will continue to get Tesla wrong.

Full Disclosure: I am long TSLA and have been a shareholder since 2018.