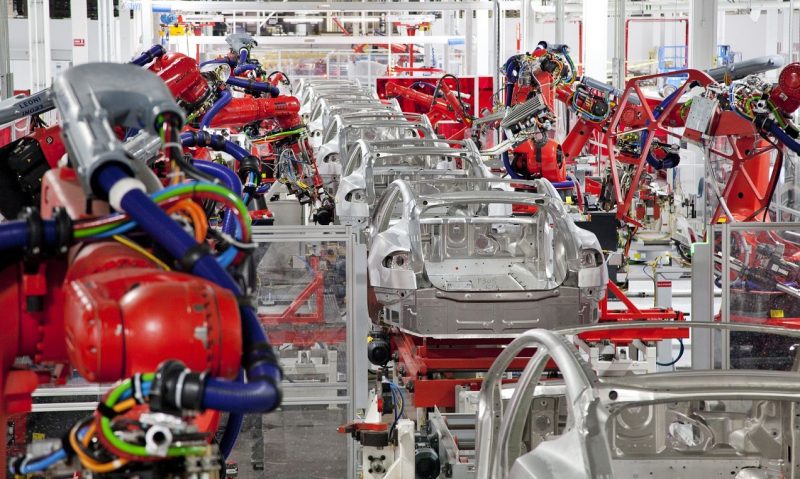 In 2018, Tesla suffered from major manufacturing issues which Tesla CEO, Elon Musk described as “Production Hell”. During that period of time, Elon Musk and his engineers worked around the clock and Elon Musk even famously slept on a couch in his office in order to continue working to optimize the manufacturing process.

While Tesla was ultimately able to meet their production goals of 5,000 Tesla Model 3 vehicles per week, it was a hard fought battle with plenty of lessons learned. 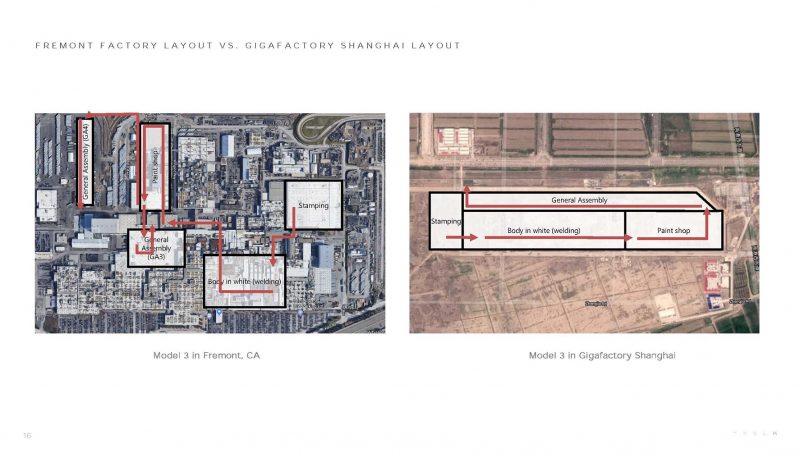 During Tesla’s Q4 earnings call, Tesla shared an image comparing the manufacturing process flow between their Fremont Factory and the new Gigafactory Shanghai. It’s very clear that Tesla has learned quite a bit in factory layout planning from Fremont to Shanghai. In the Fremont factory, vehicles in production are transported between stamping, welding, paint and general assembly creating transportation costs and delays.

In the Gigafactory Shanghai layout, Tesla is clearly utilizing a “U” shape layout which is much more efficient from production. Vehicles go directly from stamping to welding to the paint shop and finally general assembly almost in a continuous process. As a result, this significantly improves efficiency, improves quality, and reduces additional transportation costs incurred in the Fremont factory.

What’s most interesting about the Gigafactory Shanghai however, is that Tesla is only expecting to produce up to around 500,000 vehicles a year, which is around the same production capacity as the Tesla Fremont factory. However, given the major efficiency improvements at Giga Shanghai, I wouldn’t be surprised to see even higher production numbers than is possible at Tesla Fremont.

Most importantly however, what we see here is Tesla’s ability to make mistakes and learn from them quickly. The new Shanghai Gigafactory layout is significantly more efficient than the multi-building layout at Fremont and it’s expected that Gigafactory Berlin will have a similar ultra-efficient layout.