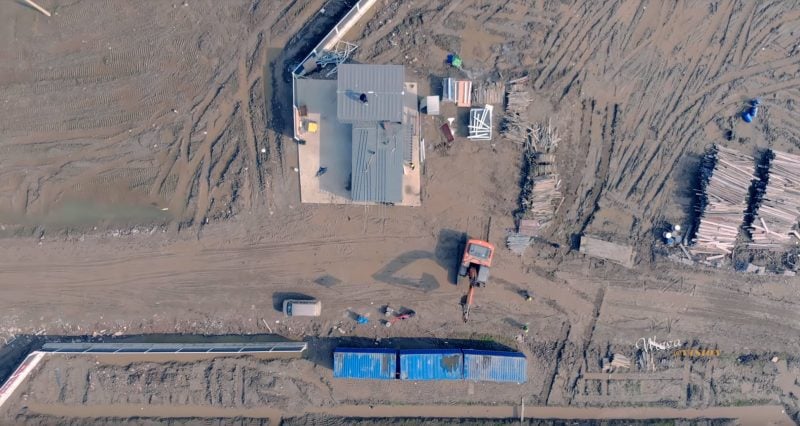 Earlier this year, Tesla announced that they would be building their third Gigafactory, or Gigafactory 3, in Shanghai’s Lingang New City near Shanghai’s free-trade zone in the Pudong District. Gigafactory 3 would not be a joint venture with a Chinese company as typically required by the Chinese government, but rather a wholly owned factory of Tesla’s. Estimates on construction peg Gigafactory 3 about two years to complete and it looks like work is already being done to get the site prepped and ready to break ground.

Gigafactory 3 is expected to be ready to begin construction as early as next year and full vehicle production capability of the Tesla Model 3, Model X, and Model S is expected to begin within two years. However, it’ll be interesting to see if Tesla attempts to accelerate the construction and production ramp of Tesla vehicles at the new Gigafactory in light of the ongoing trade war between the United States and China.