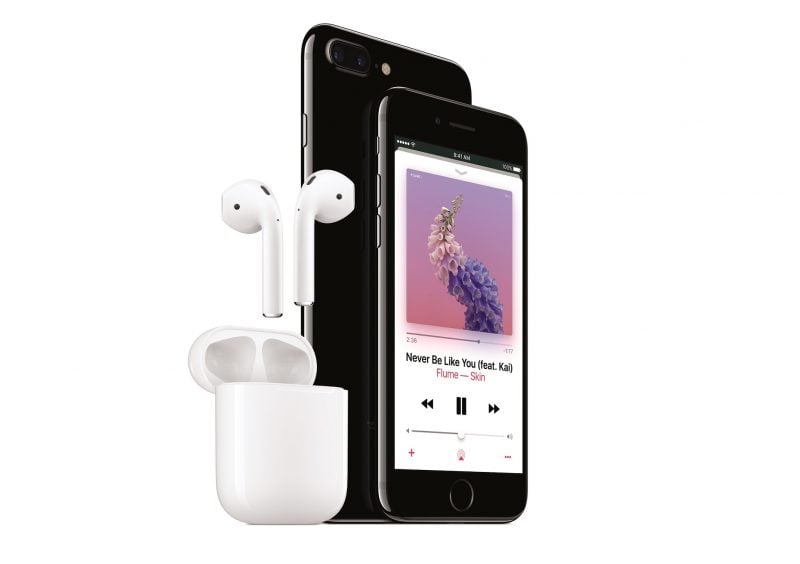 Making good on their press invite sent several weeks ago, Apple recently announced their new iPhone 7 and 7 Plus smartphones along with new Airpods wireless headphones and Apple Watch 2.

Starting with the camera, the iPhone 7 now includes a 12 MP sensor, a f/1.8 lens, and optical image stabilization to improve low light photography. The iPhone 7 Plus on the other hand will get two 12 MP rear cameras, one with a 56mm f/2.8 telephoto lens and the other with a f/1.8 wide angle lens. This will allow the iPhone 7 Plus to offer a 2x optical zoom along with some interesting effects such as the Depth Effect which adds bokeh to images. Both new phones also include a 7 MP f/2.2 front facing camera.

The iPhone 7 and 7 Plus will feature Apple’s new quad-core Apple A10 Fusion SoC with embedded M10 motion coprocessor. The new SoC uses uses two high performance and two lower performance, but more efficient cores. This will allow the system to decide which cores to utilize to promote the best battery efficiency. Graphics is also significantly improved as well.

The iPhone 7 and 7 Plus now start at 32GB of storage and scale up to 256GB. As usual of the iPhone, no additional expansion options are available.

The biggest change to the iPhone 7 and 7 Plus that everyone’s talking about is the lack of a 3.5mm headphone jack which has been rumored for quite some time. Apple will still support wired headphones however, will do so only through the lighting port. Apple’s new EarPods will natively support their lightning port and Apple will also include a 3.5mm to lightning adapter for those who want to use their own headphones.

Apple is also placing speakers at the top and bottom of the iPhone 7 and 7 Plus for a more stereo speaker listening experience. 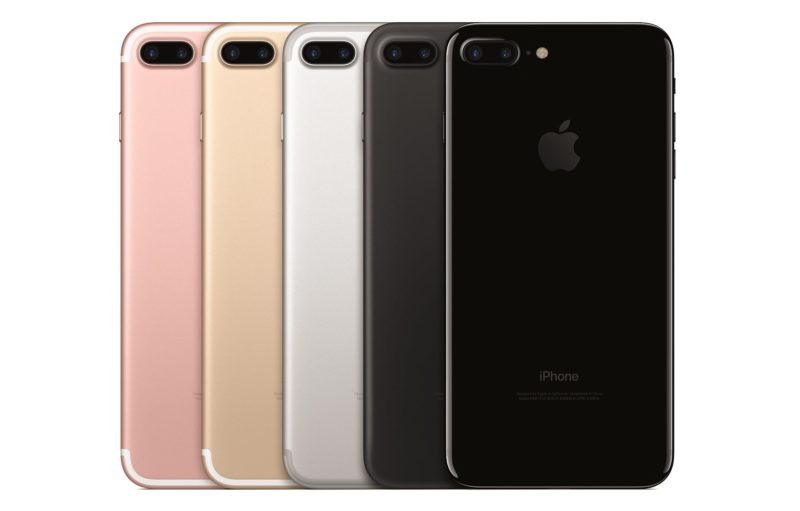 For the first time, the iPhone 7 and 7 Plus is now officially IP67 dust, water, and splash resistant. While Apple has made improvements to the iPhone 6 and 6 Plus to make it more resistant to these things, this is the first time Apple has gotten their device certified.

Together with the launch of the iPhone 7 and 7 Plus, Apple is also launching iOS 10 which will include a host of new improvements as well as several new features. More info on iOS 10 can be found at Apple’s site here.

More information on the iPhone 7 and 7 Plus can be found at Apple’s website here.